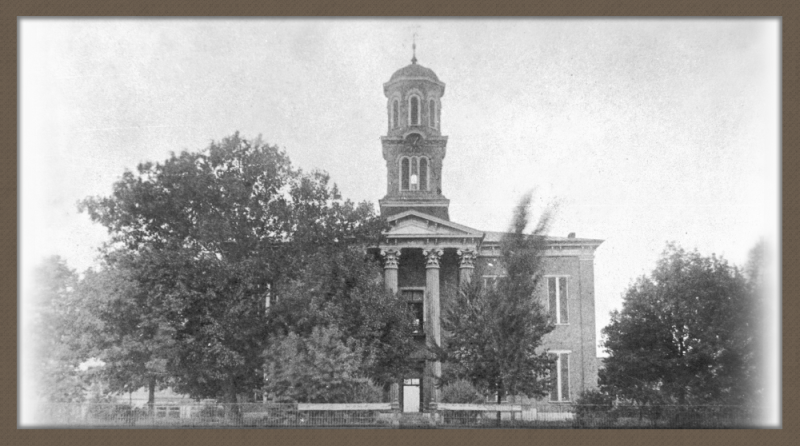 “Erected between 1859 and 1861 at a cost of $50,000. this Greek Revival-style brick structure features classical columns on the east and west sides. The original cupola was replaced in the early twentieth century, and architecturally compatible wings were added to the north and south sides in 1965, to provide more office space.”  – rutherfordcountytn.gov/courthouse

Countless events of historical significance have taken place during the building’s 160 plus years. One of the most intriguing stories was printed in The Tennessean on April 7, 1923.

Ray Royce, about 25 years of age, of St. Lois, MO., was instantly killed here about 8:30 o’clock tonight when he lost his footing while doing a human fly climbing act on the steeple of the Rutherford county courthouse and fell approximately 40 feet to the roof below.

Life was extinct when local citizens reached his body. His neck was broken and a hole was knocked in his head by the plunge to the roof.

He and his partner, who is said to be a trick bicycle rider, are strangers, having arrived in Murfreesboro this morning. They secured permission from officials to climb the roof of the courthouse in a performance tonight, stating that they were experienced at this kind of work and were just starting out for the season.

Approximately two hundred people gathered on the public square tonight and after collection which amounted to $12 had been raised, Royce, carrying out his part of the program, climbed up and stood on the arrow on top of the courthouse steeple, a distance of about 200 feet from the ground.

He descended to the ledge just under the courthouse clock where he stopped for a rest. Parties on the roof called to him there to come on down as the crowd was satisfied. Instead he started back to the top.

After going only a short distance he seemed to loosen his grasp and fell backwards to the roof. His partner had not carried out his part of the program which would have been staged on the public square.

The remains were carried across the square to Crafton-Sweeney’s undertaking parlors where they are being held awaiting word from relatives in St. Louis.”

A Murfreesboro Post article dated September 14, 2008, clarifies the story, “In the decades that followed the “Human Fly’s” name was lost … perhaps because he had a stage name and a real name? His “stage name” was the dashing sounding Ray Royce, 26, of St. Louis. His real name was James A. Dearing. That was the name on his death certificate. The document reads: James A. Dearing Male, White, Single, Birth Unknown, Age 26, Died April 6, 1926, Father is Dearing, Unknown, Mother is Unknown, Buried St. Louis, MO.”

The Rutherford County Courthouse is one of only six remaining antebellum courthouses in the state of Tennessee. 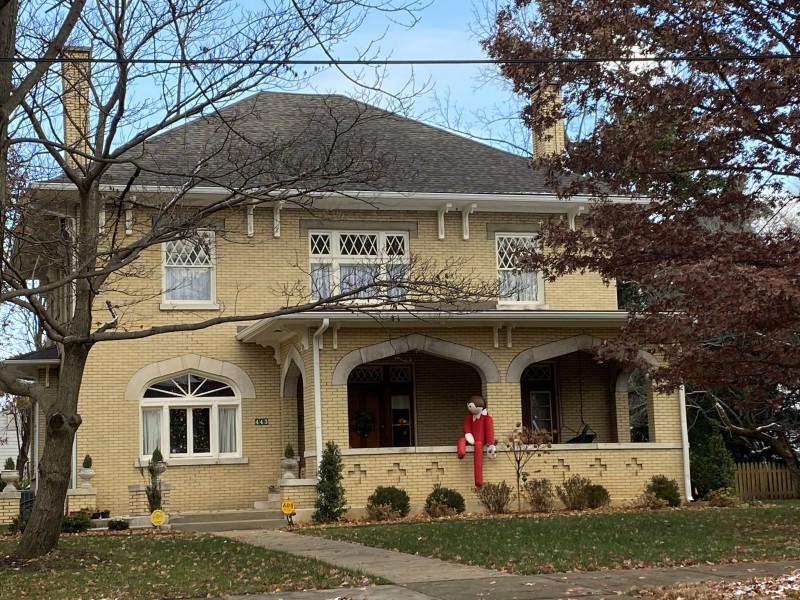 This yellow brick American Foursquare was constructed circa 1910 after the Butler family purchased the lot in 1903 and moved a smaller wooden house back to East College Street. Note the ogee-shaped arch above the front door enclosing the fanlight and first story windows. Diamond shaped lights are in the transom over the door and in all of the upper sashes.  The arch pattern is repeated in the porch, dominated by sturdy columns which support elongated, or ogee, arches. These columns and limestone Tudor arches are a departure from the classic columns seen on most of the neighboring Foursquare houses. A thorough restoration of the home has just been completed by the present owner.

Circa 1911, the Darrow family sold Oaklands Mansion to the Roberts family. The Darrows entertained frequently and wanted a modern home on East Main Street. A single story frame house with chamfered arches reminiscent of Oaklands Mansion, already located on the site, was moved to the corner of North Highland Avenue and Vine Street where it stands today. The Darrow family entertained lavishly and hosted many functions in their new home which features a third floor ballroom. The Darrow house is the best example of Neo-Classical architecture on East Main Street. Note the monumental Ionic columns, a projecting entry bay with fanlight and heading glass sidelight, balustrade form balcony on top of entry bay, modillion brackets and gabled dormers. A number of original Maney family pieces of furniture were purchased along with Oaklands Mansion by the Darrow family in 1878.  Subsequent owners have graciously donated a number of these pieces back to Oaklands Mansion including a Venetian glass chandelier given by the current owners. George Darrow was god-father to Frank Gumm.  Gumm’s daughter, Frances Gumm, is better known by her stage name, Judy Garland. As of publication, the Darrow home is available for $1,499.900. 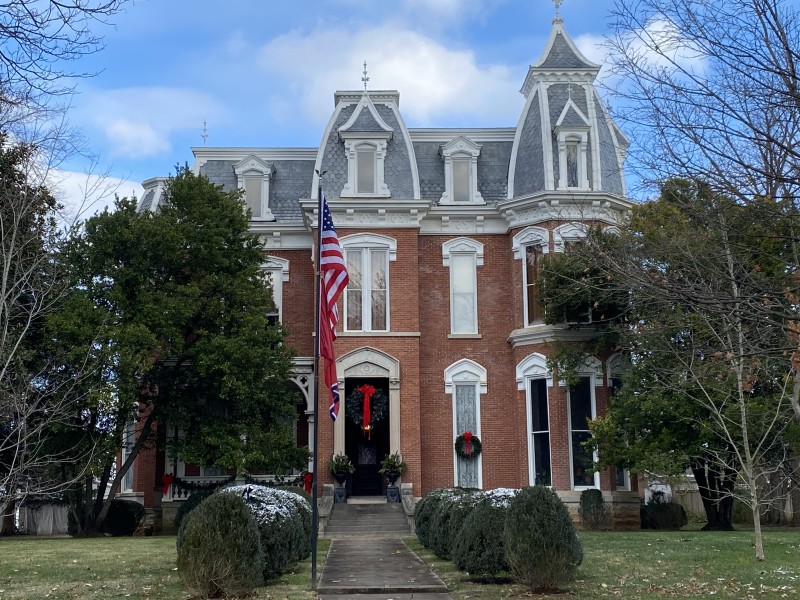 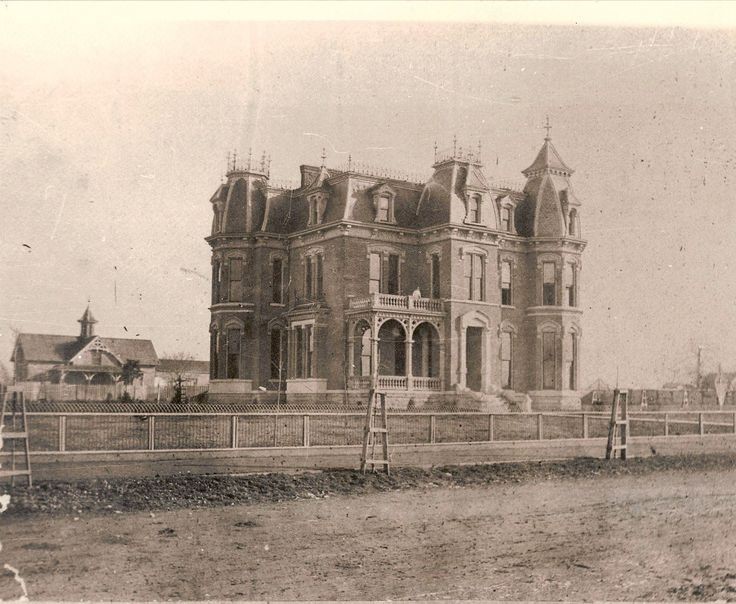 Experience a journey back in time as you enter this romantic French Second Empire Victorian Mansion with gothic influences. This elegant lady was built in 1879 at a cost of $12,000 by Ingram Collier, a mayor of Murfreesboro in the early 1870s. Ingram Collier married Kentucky widow Louisiana Cushman in 1865.  Mr. Collier died during the construction of their home.  Louisiana married again in 1888 to Colonel Horace Ready, brother of Mattie Ready who married General John Hunt Morgan in December 1862 on the eve of the Battle of Stones River.  The Ready’s marriage brought new life to the mansion as the handsome couple was often entertaining or travelling.   Upon the passing of Louisiana in 1924, the house was maintained by Carmine Collier, the daughter of Ingram and Louisiana.  Carmine later sold the home to Murfreesboro Mayor, Newton Collier Crichlow.  The current owners, Judy and Jim Smythe, purchased the home in 1983 and are quite proud of their home’s history. The house has approximately 8,000 square feet, 18 rooms, 14 foot ceilings on the 1st floor, 13 foot on the 2nd, and 10 foot on the 3rd. All the light fixtures are original to the house, except the dining room chandelier, as are the seven faux marble mantels. The stippled woodwork also expresses the intricate detail of this period. The Smythe’s hope that as you tour this 19th century home, you will feel the ambiance of an era gone by and share their enthusiasm as they restore this house to its original grace and beauty.

This modest white Gothic stucco cottage did not start its life as a private residence, but rather served as a carriage house for a lavish Second Empire mansion begun on East Main Street in 1878 by Ingram Banks Collier, prominent local entrepreneur, and politician. The juxtaposition of different architectural styles on the same property was common at the time.  Miss Frances Murfree, a local authoress, and sister of the nationally acclaimed authoress Mary Noailes Murfree (AKA Charles Egbert Craddock) bought the carriage house in 1926, and converted the structure into a private residence for herself.  Miss Murfree lived in the house until the mid-1930’s when she sold the house to the Misses Spain.  The Spain sisters lived in the house with their niece, Miss Elizabeth Applegate Spain, who they had helped raise until 1946.  It is believed that the house was then converted into apartments until 1961, when Elizabeth Spain likely returned the structure to a single family home for herself and a studio for her prolific interior design business.  Unfortunately, by the mid 1980’s Miss Spain had left the house, using it primarily as a home for her large family of cats.  Vandals and the elements took their toll on the abandoned structure over the next two decades. Then the cottage was purchased from the estate of Miss Spain by the current owner, John Murphy and a slow and ongoing renovation began. 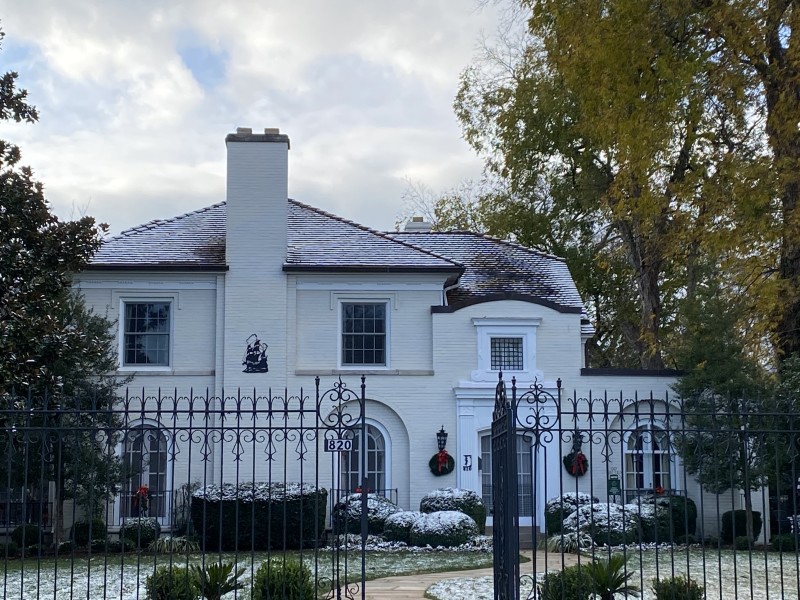 This majestic Mediterranean-inspired home with arched windows and doorways, surrounded by a spectacular wrought iron fence, was commissioned by Mary Wilson Moore and completed by builder, Nile Yearwood, in 1932. Mrs. Moore was the widow of Benjamin Franklin Moore, organizer and first president of the original Murfreesboro Bank and Trust Company. Several antiques currently in the home were acquired by Mrs. Moore during her travels around the world, including two spectacular mirrors which were garnered from European castles. Grand Edith Flisher portraits, a listed Tennessee artist, of Mary Wilson Moore and of her granddaughters, Mary Earthman Weatherford and Virginia Earthman Sanders, continue to adorn the wall of the living room. The bathrooms of the home transport visitors back to the 1930s, as they contain many of the original fixtures and tile flooring. Murfreesboro Bank and Trust Company was the only Murfreesboro bank to survive the Great Depression and Mrs. Moore is credited as its savior. She traveled to Nashville by train and returned to Murfreesboro with a knit bag filled with currency, leading to an It’s a Wonderful Life bank saving scenario. After the passing of Mrs. Moore in 1957, Jack and Mary Earthman Weatherford, Mary being the granddaughter of Mrs. Moore, moved into the home with their four lively children. The Main Street home became a gathering spot for friends and family of the Weatherford family. There were baseball games in the front yard, Girl Scout meetings, birthday parties, weddings and so much more. An antique settee was broken multiple times during fraternity functions, but continues to survive today. The Weatherford family has added their own special touches to the home, including a beautifully renovated kitchen, cast iron railings from the James K. Polk Hotel which welcome guests into the back door, and most recently, a dining room wall was papered with a hunting scene wallpaper removed from the boardroom in the old main office of the Murfreesboro Bank and Trust Company. Jack Weatherford is former Chief Executive Officer and Chairman of the Board of the Murfreesboro Bank and Trust Company. 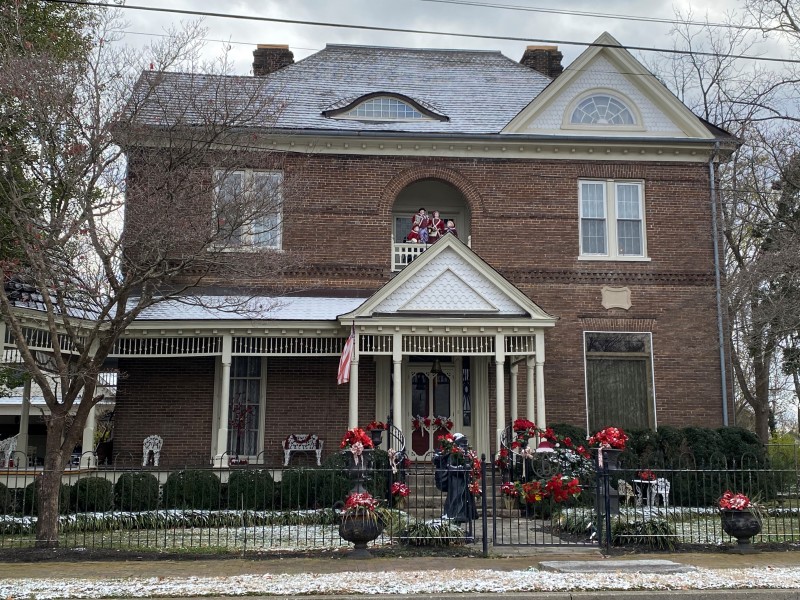 “On Wednesday, the 2nd day of December, we will sell at public auction, on the premises, a considerable number of beautiful building lots.” Thus began an advertisement in the Local Newspaper in 1868 for the development of Maney’s Addition. However, the house at 718 North Maney Avenue was not included in the sale. The lot was listed on the plat as belonging to “Parrish”. The house was already on the lot in 1866 when J.P. Henderson overextended himself during construction and the property was taken over for indebtedness (Murfreesboro Savings Bank $2,000.00 – Kerr & Frost carpentry $800.00 and $200 to Maney heirs for lot).

The house changed hands several times during the next few years. Prominent early owners were E.L. Jordan, Oscar Meyer, Lavenia Thompson Cannon Claiborne, Rachel Adeline Cannon Maney & Jack Perkins among others. Beginning in 1910, Sam Huddleston and family resided here for 50 years. During the 1960s “Big Holly” was vacant and vandalized. William and Anne Holland saved the house from demolition and in 1997, Gordon and Sara Bell purchased the home and restored it to its former elegance. 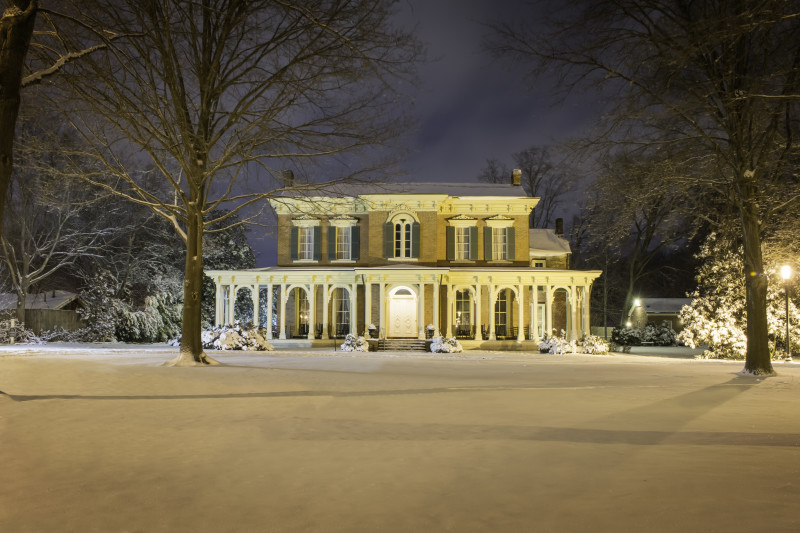 A modest two-room hall and parlor brick cabin was constructed here around 1818 on land inherited by Sallie Maney from her father, and Murfreesboro’s namesake, Col. Hardee Murfree. In the 1820s, Sallie Maney and her husband, Dr. James Maney began initiating improvements to their home with a refined two-story Federal addition. Further additions of a second floor, over the cabin, and a back wing were made in the 1830s. In his will, Dr. Maney deeded his “mansion, homestead and spring” to his daughter-in-law Rachel Adaline Cannon Maney. On the eve of the Civil War, Adaline, daughter of Gov. Newton Cannon, along with her ailing husband Lewis, commissioned the final addition of the impressive Italianate façade reflecting the great prosperity of their combined families. It was their enslaved population who made their lifestyle possible.  Ultimately the land was developed for the town’s first subdivision, a brick-yard, Evergreen Cemetery, Oakland Court and later Oaklands Park. A unique example of adaptive reuse, the restored mansion is now a house museum, which serves thousands annually as a cultural and heritage tourism destination.

Thank you to our Sponsors! 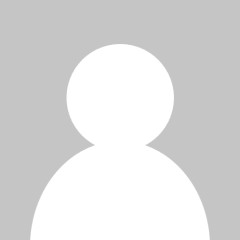 Get your own locally sourced cookbook!